The sixteenth cohort of the Elite Graduate Program for East European Studies at LMU Munich and the University of Regensburg examined the image of Eastern Europe in the Munich satirical magazine Simplicissimus in their project course. The results were presented in an online event and discussed with experts from various disciplines. 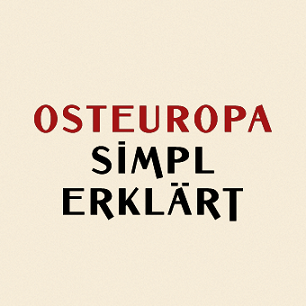 Russian bears, Polish lice and Serbian rats – such creatures populated the pages of the Munich satirical magazine Simplicissimus when it dealt with Eastern Europe. But the portrayal of Eastern Europe was not limited to animal symbolism; it also included stereotypes such as the "Polish economy".

Nearly 125 years after Simplicissimus was founded, the students took a second look at the image of Eastern Europe in the famous satirical magazine. Led by the historians Dr. Darina Volf (LMU) and Dr. Tobias Weger (IKGS), the students examined the history of Simplicissimus, as well as the diverse and complex events in Eastern Europe that took place during the magazine's existence (1896–1944).

The theoretic framework of imagology and stereotype research was key to the students’ research approach. In addition to working on the content, the students also unexpectedly had to master the new online working environment.

The students' work was published in the thematic dossier "Eastern Europe, a 'Simpl' Explanation" on the research portal Osmikon of the Bavarian State Library. The contributions focus primarily on stereotypical representations of Eastern Europe in Simplicissimus over the half-century of the magazine’s existence. In doing so, they not only invite the reader on a journey into the past. At many points, the texts also beg the question whether these stereotypes are just relics of days gone by or whether they are still anchored in our minds.

On November 27, 2020, the students presented the results of their work. In the online event, which two members of the cohort moderated, experts from various disciplines discussed Simplicissimus, its portrayal of Eastern Europe, and the extent to which stereotypes about Eastern Europe are still alive in today's society.